﻿
Shrouded by mist, encircled by sea, soaring proud above glistening sands - the silhouette of Mont-St-Michel is one of the most enchanting sights in France.  Now linked to the mainland by a causeway, the island of Mont-Tombe (Tomb on the Hill) stands at the mouth of the river Couesnon, crowned by a fortified abbey that almost doubles its height.

Lying strategically on the frontier between Normandy and Brittany, Mont-St-Michel grew from a humble 8th-century oratory to become a Benedictine monastery that had its greatest influence in the 12th and 13th centuries. 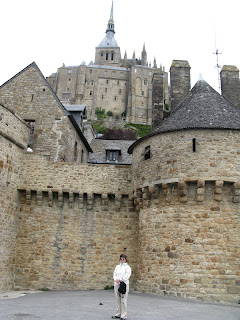 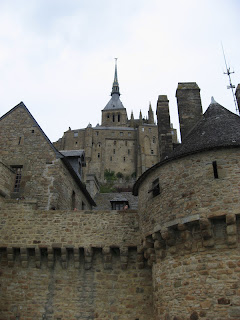 English attacks during the Hundred Years' War led to the construction of fortified walls with imposing towers.﻿ 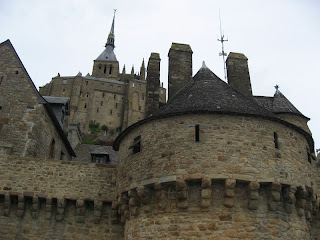 Pilgrims known as miquelots journeyed from afar to honour the cult of St. Michael, and the monastery was a renowned center of medieval learning. 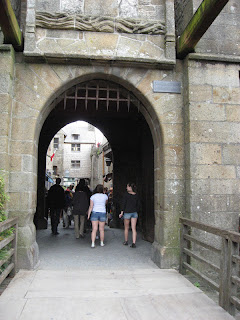 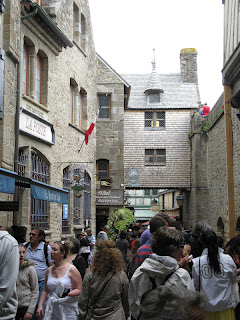 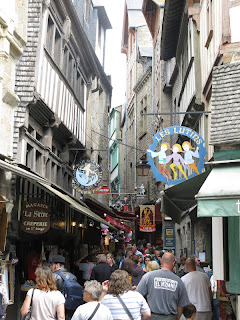 I love signs above businesses and make a point to photograph as many as possible.﻿ 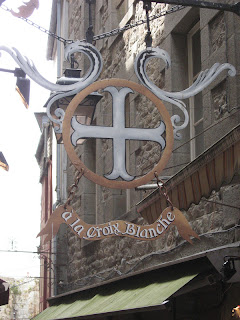 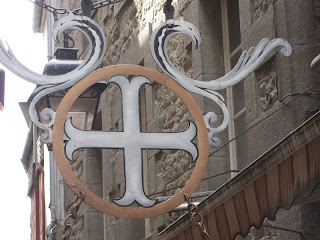 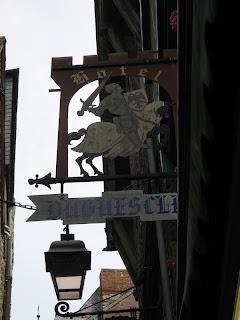 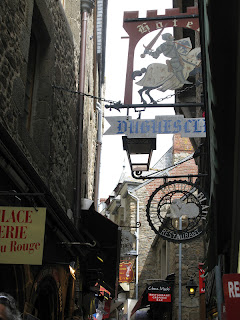 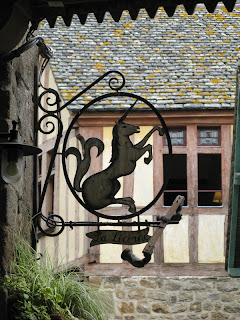 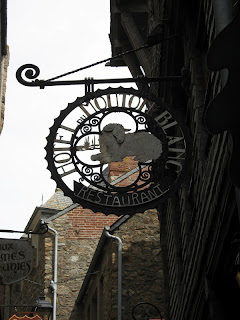 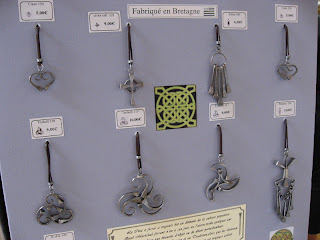 These jewelry pieces were made with horseshoe nails.  I bought the one in the shape of a heart. 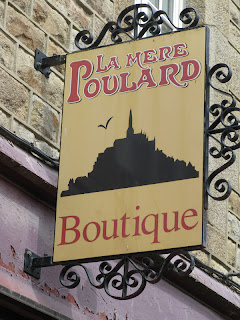 La Mère Poulard is a restaurant and hotel on Mont Saint-Michel. The restaurant dates back to 1879, and is known for the wall of autographs from over a century of famous diners, including Ernest Hemingway and Yves Saint Laurent. Most famous for its speciality giant omelets: several inches thick, made in hand hammered copper bowls, and cooked over an open fire. The omelets resemble a soufflé more than a traditional omelet. 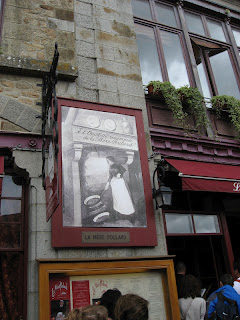 Poulard has the word "poule" in it, meaning hen. 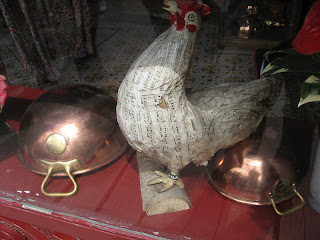 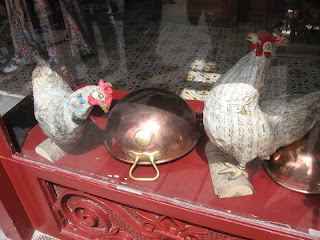 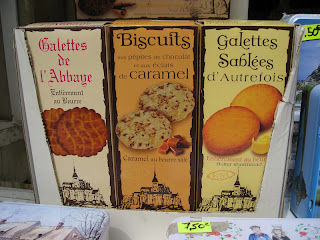 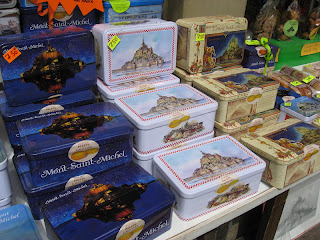 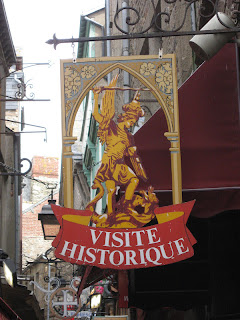 Grande Rue:  Now crowded with restaurants, the pilgims' route, followed since the 12th century, climbs up past Eglise St-Pierre to the abbey gates. 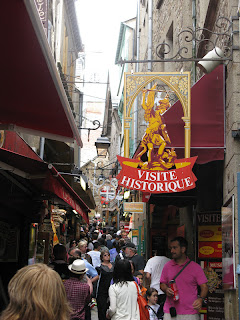 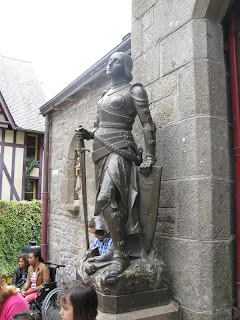 Karl and I parted ways about here because the climb to the top was steep and very high.  Even Karl commented that it was quite the hike! 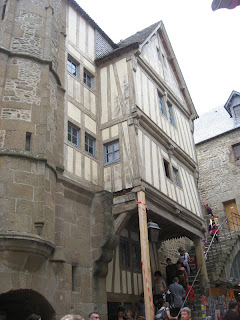 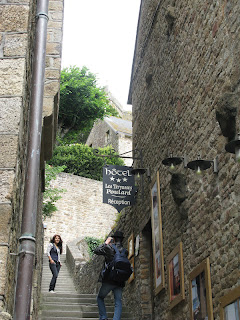 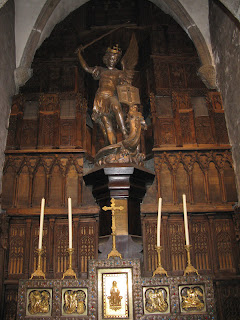 Protected by high walls, the abbey and its church occupy an impregnable position on the island. 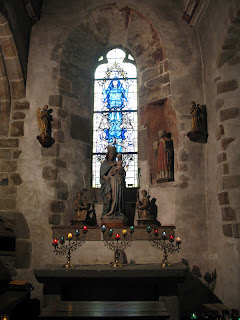 The Abbey of Mont-St-Michel.  The present buildings bear witness to the time when the abbey served both as a Benedictine monastery and, for 73 years after the Revolution, as a political prison.  In 1017 work began on a Romanesque church at the island's highest point, building over its 10th-century predecessor, now the Chapel of Our Lady Underground.  A monastery built on three levels, La Merveille (The Miracle) was added to the church's north side in the early 13th century.

Extremely strong tides in the Baie du Mont-St-Michel act as a natural defense.  They rise and fall with the lunar calendar and can reach speeds of 6 mph (10 km/h) in spring.  Major engineering works are now in place to begin reversing the silting up of the sea around the island.

I had somehow expected, or hoped, that this would be a spiritual experience, but with all the busloads of tourists pushing and jostling, it seemed more like a tourist trap.  Prices were high and we paid for absolutely everything: parking, entry fee, toilet privileges, and a surprise surplus fee to enter the Abbey at the very top.  Everyone looked exhausted with the long walk to Mont-St-Michel and all the stairs within.